Seeking out restaurants with a view in Italy means you combine two of the bel paese‘s most sought-after offerings: exquisite food and stunning scenery. Italy’s alluring stretches of coastline offer their fair share. Not least along the littoral paradise of the Adriatic coastline and the white-sand, cerulean sea shores of Sicily or Sardinia.

But it’s not just on the cliffs of the Adriatic and shores of the Tyrrhenian that you find Italian restaurants with a view. In the Italian inland, the rolling hills and vineyards of Tuscany and the expansive lakes of Como Lake and Lombardy in the North serve up similarly picturesque panoramas.

To help you discover the best, Italy with Class brings you the six best restaurants with a view in Italy. 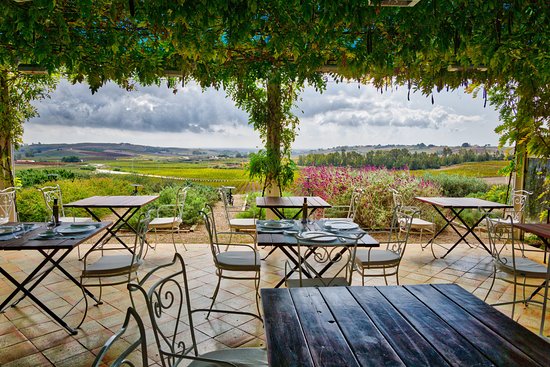 Travellers in the area wanting to sample their cuisine can embark on a gastronomic experience at La Foresteria. Sicilian specialities like marjoram and mint coated Saber Fish are staples, as is the Casa Planeta Fish Soup, in which fresh pasta soaks up the juices of Sicilian fish and shellfish. Specially selected wines from the estate compliment these dishes.

Food and Wine magazine ranked La Foresteria 16th out of 25 in its survey of the world’s best restaurants views. Visit and see why for yourself.

Another entry on Food and Wine’s survey of the word’s best restaurant views – this time 6th out of 25 –  Hotel Caruso offers a truly stunning setting. Perched above the awe-inspiring Amalfi Coast, 1,000 ft above sea-level, Caruso is perfectly positioned for your southern Italian adventure. Among its esteemed list of guests have been such figures Virginia Woolf and Graham Greene.

Dining at Hotel Caruso offers an unmissable experience for any culinary connoisseur.

Hotel Caruso is famous for its fresh local Mediterranean dishes. Its mouth-watering menu ranges from the understated simplicity of spaghetti with basilico and pomodori freshly picked from Vesuvius’ foothills to the chef’s famed innovation of ravioli stuffed with red prawns. Just as chef Mimmo di Raffaele injects characteristic southern humour into his menu, he infuses the perfect balance of summer vegetables and del mare notes into his food. 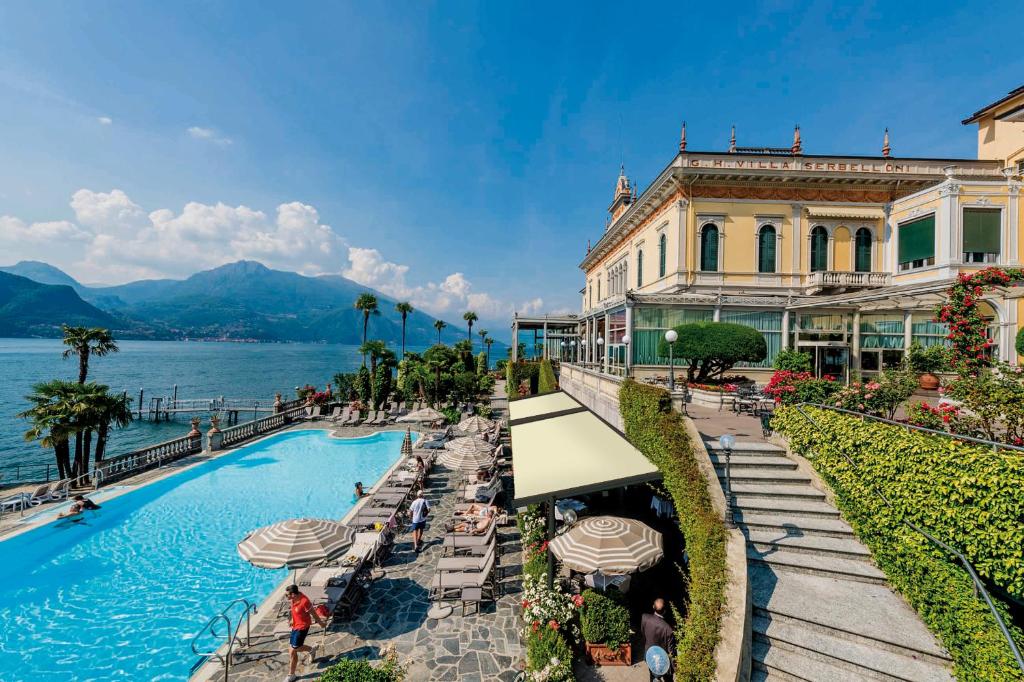 As passionate exponents of Mediterranean cuisine, Mistral’s waterfront location on the banks of Lake Como is appropriate. Fresh morning catches from the lake sustain the restaurant and nourish its clients. Bocchia’s meticulously sourced regional vegetables garnish these frutti di mare, complimenting them perfectly with carefully paired wines. We would encourage all travellers in the Italian North to seek out this fine dining experience at Lake Como’s Mistral.

Travellers are only just waking up to the culinary culture of Puglia. The hitherto unexplored region offers perhaps the most authentic taste of the rustic Italian South with its sun-ripened produce and adherence to simplicity. But while simplicity permeates the region, there exist cracks and crevices where refined dining reigns supreme. One such place, within a hollowed-out cave, is Grotta Palazzese.

Hewn into the headland of Polignano al Mare, Grotta Palazzese is one of those places that has to be seen to be believed.

The dining area of this enchanting, atmospheric restaurant consists a terrace jutting out from a natural cave. Many accept Grotta Palazzese as being one of the best restaurants with a view in Italy. Not least because the Apulian cuisine it serves up is so visually delightful. When it comes to balancing exceptional lagoon views with authentic gourmet cuisine, Venice can be notoriously hit-and-miss. This makes Hotel Monaco & Grand Canal all the more exceptional. For despite being on the waterfront just a stone’s throw from Piazza San Marco, the hotel’s restaurant has managed to sustain its exceptional quality.

Seafood features prominently on this carefully crafted menu. Venetian classics like monkfish served with sweet peppers and red sauce intermingle or slices of calf’s liver presented with polenta and onions intermingle with more experimental dishes. Perfectly paired with Veneto wines from Villa Minelli, a slow dinner here offers an unforgettable experience, taking in the the Grand Lagoon’s sights from the Island of San Giorgio to the Punta della Dogana.

As atmospheric as it would be, a candlelit dinner wouldn’t do La Salette the justice it deserves. For the daytime view from the restaurant’s terrace overlooking the Serchio valley and the medieval town of Barga is absolutely sublime. Enough to demand your full attention, were it not for their exceptional menu.

Linger over a long lunch at La Salette and you’ll see why it’s one of the best restaurants with a view in Italy.

The restaurant’s focus is on authentic Italian cuisine, using locally sourced organic Tuscan produce in combination with hand-rolled regional pastas, like thick pici. An afternoon countryside stroll down the enormous estate’s hiking trails is the perfect way to walk off their sumptuous offerings.

As La Salette is nestled right in the heart of the Tuscan countryside, it’s the perfect location for some Tuscan day trips too. The restaurant is just 45 minutes from the splendid walled city of Lucca and 90 minutes from the region’s capital, Florence. Should you wish to dine closer to the Cradle of the Renaissance, however, our final restaurant recommendation is for you. 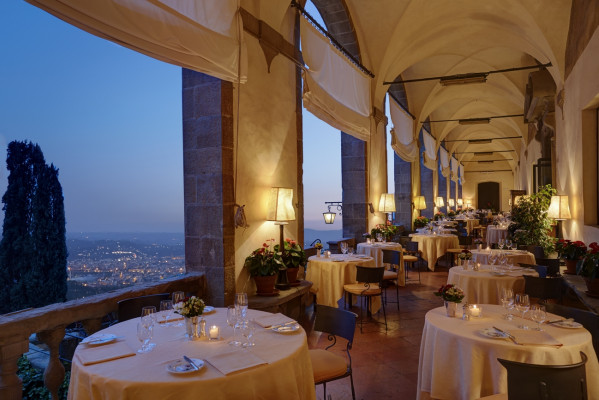 Florence evokes images of Renaissance grandeur, and the restaurants perched atop its hills are no exception. Set within a 15h century villa between the Etruscan village of Fiesole and Florence on the plains below, La Loggia offers everything you expect a fine-dining Tuscan restaurant. Its affresco dining terrace perfectly frames Florence within its arches, offering an unparalleled panorama of the city whatever time of day.

Though also open for lunch, it’s al tramonte – at sunset – when the views from this elegant restaurant are really at their best. Soak in the atmosphere over a three-course meal comprising Tuscany’s quintessential dish: the Bistecca alla Fiorentina. Served rare and almost impossibly soft, the “Florentine” is the best slice of steak you’ll taste in Italy – if not the world.

New surgical approach for women at risk of ovarian cancer